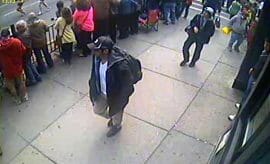 We live in a world where crime, terrorism and national security are everywhere we turn. It is unfortunate that tragic occurrences happen too frequently and seem to make headlines every day. With tragedies such as the Boston Marathon Bombings and Sandy Hook you can’t help but stop and think- What is New York City doing to protect me? After the Boston Marathon Bombings many people were hoping there were surveillance cameras that captured some sort of answers and after a few days that is exactly what surfaced.

The Debate: Are security cameras on every NYC city corner necessary?

According to GOP Representative Peter King of New York, security cameras are a “great law enforcement method and device”. This debate sparked responses from cities across the nation. The mayor of Chicago stated that surveillance cameras serve as an important function for day-to-day activities and not just for big events.

New York City already has cameras strategically placed in many high volume areas throughout the city. The “Ring of Steel” is a network of NYC surveillance cameras and equipment located all across lower Manhattan.  Technology allows over 3,000 cameras to pick up on any suspicious activity at any time. In addition to cameras a series of road barriers and chemical detectors also make up the Ring of Steel.

Are we doing enough?

New York City hosts many events which put the city on high alert. For example, this year’s Super Bowl is supposed to be held in the New York area. Instead of reacting the city should be proactive. The implementation of the Ring of Steel was a reaction to the terrorist attacks of 9/11.

Allowing the government to constantly monitor activity is a rational fear however with rules and regulations in place security cameras can do more good than harm.

What are your thoughts on New York Security? Do we have the right New York security camera systems in place?