The History of CCTV

“Always eyes watching you and the voice enveloping you. Asleep or awake, indoors or out of doors, in the bath or bed—no escape. Nothing was your own except the few cubic centimeters in your skull.” – George Orwell, 1984 1920s + 1930s Earliest video camera was made for television production with the goal being to … Continue reading

Closed Circuit Television (CCTV) is used in a vast majority of public spaces to deter crimes. With security cameras sprouting out of every building, park, traffic intersection, or public space, we have seen a dip in crimes while the cameras are rolling. Security cameras are on almost every street acting as an extra set of … Continue reading 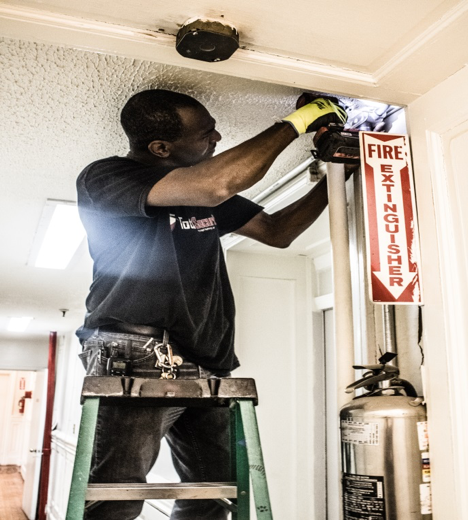 Security systems and surveillance devices are the most popular when it comes to smart technology.  Homeowners, especially in a high trafficked state like New York, want a high end and affordable security system which means some decide to install the system themselves.  SPOILER ALERT: It’s not the best idea!  If you are one of those … Continue reading