The Truth About Wireless Cameras Vs. Wired Cameras: Are They Really Wireless And Should I Use Them?

Wireless cameras are sought after by many, but are they really what they sound like? Are they really a better option than wired cameras? 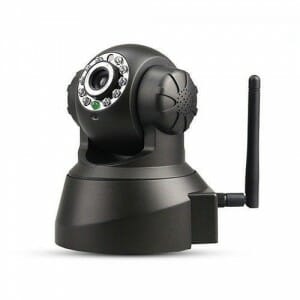 Let’s look at some of the facts about each and see for ourselves:

According to many big online Retailers such as Ebay’s site* some of the perceived (but not always true) benefits of installing wireless cameras are that:

• They are in fact wireless and they do not require wiring.
• They are easier and faster to install.
• They can cost slightly less to install.
• They will help prevent putting holes in your walls.
• Many work well for outdoor use as well as indoor use.
• They can be viewed on mobile devices remotely with ease.
• If a wired camera cannot be installed in a location, they are a great solution.
• They do not use data transfer cables, so they seem easier to install and operate.

But the hard truth: Wireless cameras are not truly wireless!

You don’t take them out of a box, put in batteries and stick them to a wall. It is much more involved than that. You still need a hole in your wall to run the power. You still need to send a wire to each wireless camera so installation is needed! Though customers think wireless will stop that process from happening in their homes, the truth is that the only true wireless cameras would be if they were solar driven!

The real reason they are called wireless cameras is because the video is transmitted from the camera to a receiver wirelessly, however, once again, the power supply is almost always wired to each and every camera. They are not Lick and Stick!

Some battery operated wireless cameras are available on the market (namely for residential use in limited quantities), however most need to be replaced and will run out of batteries, requiring maintenance, expense and attention. This is unmanageable in more than a very small space, especially for commercial use and in larger residential buildings. Many of these battery powered models require you to also buy an adapter. Considering that wireless cameras are also often more expensive, they are not always the best choice.

Remember that wireless cameras are traditionally powered by wire (and as mentioned, sometimes by batteries) but they transmit their data wirelessly (they do NOT need data transfer wires). Objects such as walls can become barriers and they can inhibit signals to your receiver. Other things that can hurt the signal include cell phone signals, powerlines and other obstructions. Also note that while wireless cameras use receivers to collect the signals and data, they must be recorded on a separate device, adding more hardware to the mix. And many homeowners never change the manufacturer’s provided password, making them very susceptible to being controlled or commandeered by third parties who want access to your cameras.

So, as you can see, setting up wireless cameras takes a lot of thought to ensure that you do not lose performance or in fact make your security worse!

There really is not a perfect solution. Consulting with trained professionals is the best option when considering something as important as your security.

In summary, some facts about Wireless Security Cameras:

1. You still have to run wire for power.
2. Signals can be obstructed or lost because data does not travel through wires.
3. They are frequently hacked.
4. They often cost more.
5. It can be difficult to install them properly on your own.
6. You will likely pay more for the cameras and a little less on installation when compared to wired cameras.
7. Quality of video not as good.

By contrast, according to eBay’s site, wired cameras “do not suffer from signal interference and cannot be hacked remotely,” and they are VERY reliable. While wired cameras need a power source and wiring or cabling, when installed by professionals, the wires can be concealed in walls and ceilings. They are also less likely to experience interference or be hacked.

It’s also important to remember that when using wireless cameras, if you use a high definition wireless camera, it is that much more that needs to be transmitted and received. So when you have high-def footage to transmit to the receiver, it can be that much more difficult to accomplish without error. Many business owners especially do not want to use lower grade cameras.

Despite public claims that wired cameras can create tripping hazards, few people would actually take this risk with their families, creating an unsightly home appearance with wires running through a room. As well, while many people do buy their own cameras, they very often hire professionals to then install those cameras. Many who decide to save and install their own wireless cameras unknowingly open themselves up to new security threats. For example, by not installing cameras professionally, concealing all wires, the cameras can be tampered with, ripped out, or become susceptible to the weather (outdoors). Concealing wires makes cameras last longer and it makes them more secure!

Wired cameras are much more permanent in many cases, they can be larger; however, they also perform better overall and are much more reliable. The likelihood of wanting or needing to move cameras once installed is very low when they are professionally installed. Installers first identify locations and a strategy for how to conceal cameras for home or business owners, and this is rarely an actual issue.

Some facts about Wired Cameras:

1. They are very reliable in terms of consistency and importance.
2. Much harder to hack, so much more secure.
3. They need power just like “wireless” cameras do.
4. Depending on the model, they may be less expensive than wireless cameras.
5. Much more permanent; moving them later is not possible.
6. Require data transfer cables but do not get impacted by interferences.
7. Cost less than wireless cameras.
8. Higher quality video.

In sum, you have a choice to make, but there is really no obvious answer to your needs. What cameras your home or building should use will depend on many factors, including your budget, noting the pros and cons of both wired and wireless camera systems. It is highly recommended to speak with a knowledgeable security systems expert when making a decision as important as security.