The Top 5 Tips on How To Avoid Home Invasion

Many people in the U.S. fall victim to burglary each year, or at least most of us know someone who has. For this reason, many have become aware of the problem of burglary, which doesn’t seem to be going anywhere with one burglary taking place every 14.6 seconds. But although many folks are concerned for the safety of their families and property, most of us don’t know some of the basics of home protection. Installing a burglar alarm system is one solution to the problem. Below, we’ll cover 5 simple tips on how to avoid home invasion.

1. Create the appearance of occupation 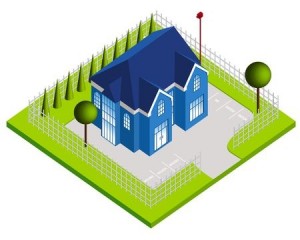 While many burglars will attempt a break in during work hours when they assume nobody is home, they will also often look for a home which appears to be currently unoccupied. So if you’re going on vacation or if you are semi-regularly away from home, this tip is for you. Leave a car in the driveway rather than in the garage if you can, leave a few lights on, and if possible, set up a few lights or your television on a timer so that it will turn on and off while you’re away. Additionally, make sure to cease newspaper delivery and to have a neighbor take care of your mail while you’re gone. A pile of newspapers on the front step is a dead giveaway to a crook who’s paying attention.

2. Make it impossible for a crook to get in and out quickly

Most thieves will try to get in and out within about a minute. Installing deadbolt locks, bars on your windows, or pins in sash windows may deter a burglar, making it unlikely that they’ll be able to get in as quickly as they would otherwise.

3. Don’t provide any useful cover for a burglar

A thief will often attempt a break in at location of the house that is as dark and out-of-sight as possible. Therefore, cut back any shrubs, bushes, or trees which might provide this kind of cover near a window. Additionally, install motion-sensor lights that will turn on if movement occurs next to your house. This will make a thief very uncomfortable while trying to break in at night.

If none of the above is enough to deter a burglar, an alarm will be. An alarm can also be set up to notify the authorities in the event of a break in.

The Presence alone of security cameras is often enough to make a crook look elsewhere for a house to target, but they also provide valuable evidence if you happen to need it.

If you’re looking for an affordable way to improve your security and avoid home invasion, Total Security would love to hear from you today. We pride ourselves on offering top-notch customer service, affordable rates, timely installations, and on genuinely caring about the safety of our customers. For a free quote, call us at (516) 775-2304!